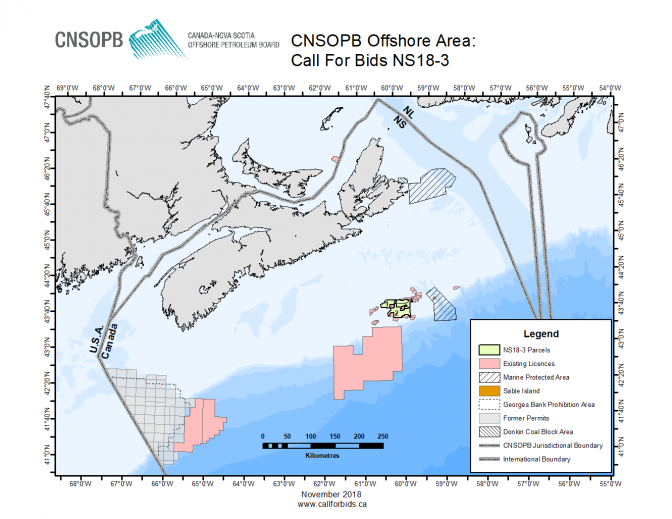 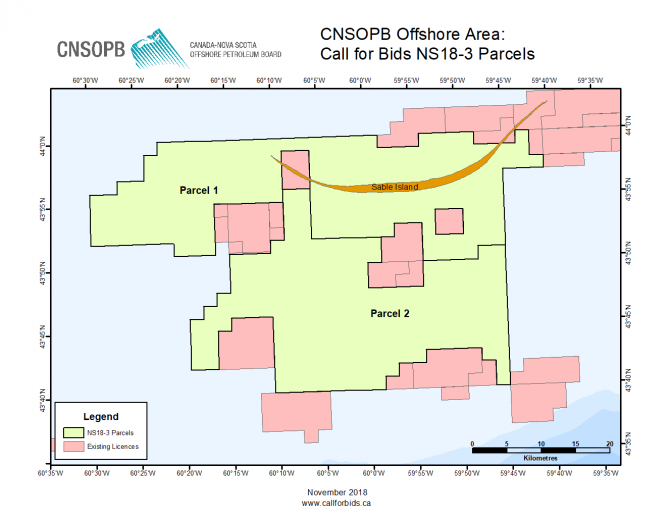 The Call for Bids

Managing and administering offshore petroleum rights begins with rights issuance. Through an established Call for Bids process that is open and transparent, the CNSOPB issues exploration rights for approved parcels of Crown Reserve Lands in the form of Exploration Licences.

The making of a Call for Bids and the issuance of an Exploration Licence are "fundamental decisions" within the Accord Acts, and as such are subject to review by the Minister of Natural Resources for Canada and the Minister of Energy and Mines for Nova Scotia.

At the close of the Call for Bids, if no bids are received on a particular parcel or parcels, those lands remain as Crown Reserve Lands.

The CNSOPB has conducted a geological and geophysical assessment of the Parcels using all available data. To access this information, follow this link: NS18-3 Geoscience Report.

Geophysical and well data for the parcels is available, free of charge, in digital format from the CNSOPB's Data Management Centre.

The CNSOPB has provided an opportunity for public input, specific to the areas included in Call for Bids NS18-3, through the submission of written comments. Comments are due 4:00 p.m. Atlantic Time, February 8, 2019. Please refer to the written comments section.

Please refer to the Links page for a list of government links, including the Nova Scotia Department of Energy and Mines' Oil and Gas Exploration Economic Model (Scoping Tool).